In a big city you are surrounded with people that are liberal where life happens at a faster rate. The car horns, the sirens, the bright lights, and the uncaring crowds means that you are never alone.

In the small towns there’s nothing much to do, but it’s pretty safe, and away from the madness of the urban lifestyle of blaring ambulance sirens and uncaring neighbors.

The big city lifestyles eliminate boredom rather quickly but it definitely comes with a high cost.

There was a guy named Jonah who God summoned to go to a big city and warned the people of the evil things that was happening there. But Jonah became intimidated and fled from the presence of the LORD. He decided to go on a boat cruise to the opposite side of town.

The LORD being God will use this as a teaching moment for Jonah.

The LORD who controls the ocean and dry land created a great storm on the sea that caused havoc on the boat till the boat was about to be wrecked by the tossing of the water.

The passengers began praying to each of their gods to silent the raging storm while Jonah ‘just happened’ to be in the lowest part of the boat fast asleep.

Running away from God puts you into a deep sleep in the lowest parts of the boat totally oblivious to what’s taking place around you…a dangerous position to find yourself in.

The captain looking for any reasonable explanation for the violent rocking of the boat finds Jonah asleep.

Captain wakes Jonah up and said, “What do you mean, sleeper? Wake up and call on your God; perhaps your God will consider us, so that we may not die.”

The sailors on the boat while looking for answers asked Jonah who he was? Jonah told the men that he was running away from the LORD. This is very fishy behavior.

Jonah responded, ” I am a Hebrew and I worship the LORD, the God who made the sea and the dry land….pick me up and throw me into the sea; then the sea will become calm for you.” Really Jonah?

Our disobedience can create storms that can wreck our boats putting everyone else at risk.

So the men threw Jonah into the sea. The storm stopped. The sea became calm. Yep, the boat cruise continues on without Jonah…and Jonah is in survival mode alone in the ocean.

When the men saw that the storm subsided ... they began to fear and respect Jonah’s God. The God who speaks to the wind and sea is always in control of the elements.

The sailors on the boat got a close up view of the God who is always in control of our circumstances.

When Jonah fell into the sea, the LORD chose a big fish to swallow him, and he was in the stomach of the fish for three days and three nights.

Really? Why did Jonah think God was not going to be dramatic about his rebelliousness?

I’m wondering what could be rocking our boats? Who is asleep in the lowest part of the boat? Who is the Hebrew that once worshipped and fear God?

Could it be that someone on the boat is running from God?

God still can hear our prayers from the fish’s belly and He will answer.

When our hope is all gone, we must remember the LORD and He will help us.

Feeling hopeless in the midst of the storm is a signal to call on God. Don’t do life without God.

“And the LORD spoke to the fish, and it vomited Jonah on to dry land.”

God can speak to the storm; the ocean; the fish; our fellow sailors; the captain of the boat; or any form of disturbances in our lives. Yes, He can! Yes, He will! 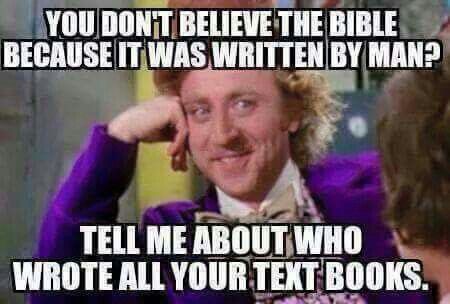 2 thoughts on “What’s Rocking The Boat?”