Have you ever watched Sports from the comfort of your home with family and friends and felt like you were in a stadium packed with overenthusiastic paying fans? They jeer, they scream, and they actively and vociferously coach the players through their television sets. E.V.E.R.Y.O.N.E in the Family Room is a ‘professional coach’ in their own rights. They call foul, change players, call out referees, provide encouragement, and they give a running commentary even after the game is done. It’s a LIVE stadium performance in your home.

I wonder how my Mom the head coach of the size of a football team handled her team’s performance (good or bad) along with the jeers and running commentary from those looking on from the other side of the fence. The strength of any good mother is second to none. A coach can leave his team, but a good mother can’t.

A parent’s role as a head coach is getting each player to understand what he/she is doing right or wrong … and how they can improve the game to bring home the trophy. Our job is NOT solely to win all the games in the stadium of life but it’s to teach and help every player grow and become better players wherever they are called to play.

As the head coach of the team, there are sacrifices to be made, individual needs to be met, dealing with failures, learning to trust again, playing by the rules, telling the team what they don’t want to hear, showing them things they don’t want to see … so the team can be the dream team that it was meant to be. 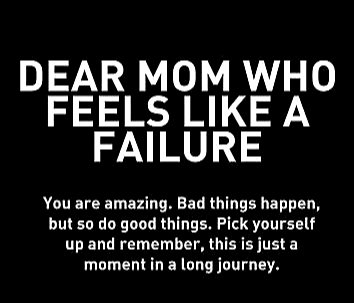 Sometimes the head coach exhausted as he/she may be … often must cover for one or two fallen players on the home team while the ‘unprofessional coaches’ are shouting out harsh comments from the other side of the fence. The show must go on. Life doesn’t stop … the head coach knows it’s just a bad season with some fallen players, but the team must keep going in spite of the jeers and mockery.

Quitting is not an option … the team must be kept motivated … it’s the job of the head coach. Win or lose the team remains YOUR DREAM TEAM. To all the head coaches of the family, hats off to you for keeping your dream alive despite of the injuries, the insults from the crowd, the naysayers, the fights among the team members, and the long exhaustive meetings. I admire and respect your courage even while under fire.

Sure, your team can go from winning to losing in any season … but don’t let people’s compliments go to your head and don’t let their criticism get to your heart. It’s all in a day’s work. Be brave. My Mom would say to us, ‘Good. Better. Best. Never let it rest. Till your good is better and your better is best.’

I want to celebrate in a humongous way the day God uses our wins and losses, challenges, attacks, heartaches, sadness, pain, to produce the greatest dream team of our lifetime. Let it be said that …. ‘You held steady under fire’ and that your arms didn’t get tired neither did your knees buckle under the pressure.

When everything you ever held dear comes crashing down before you, when nothing makes sense anymore, when the attacks are fast and furious … let it be said of you that you didn’t give up.